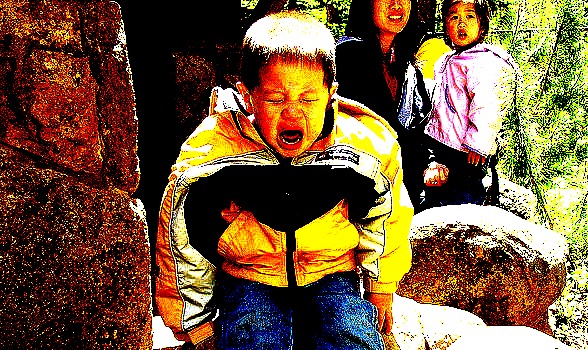 Depression is a Spiny Toothed Madman

Sometimes my mind talks to me. Or more correctly, my depression talks to me. And sometimes it’s so much crazy-talk that I think of it as the comedy of your inside voice.

When my head is right, my life is right. Journal entry April 1. No Joke.

My inside voice has a name: The Spiny Toothed Madman (I got that name from the Dead Poets Society). And he throws temper tantrums. I think that he’s really a two year old, and sometimes he wears a mask. He likes to float into my life in the form of a dark depression.

What I do with the inner two-year-old: AKA, depression.

Two year olds cannot be reasoned with. But they can be bribed with ice cream and trucks. They need new diapers, food and reasonable bed times.

Depression is kinda like the two year old (Keep in mind, I’m not a doctor and I only say what I am doing that works at least some of the time):

If you like this, laugh. If you want more about depression, you can read here about My Personal Terrorist.